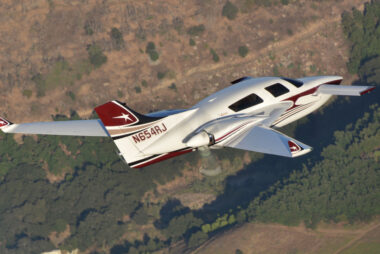 A canard airplane cannot stall, not in the conventional sense. Therefore, if an engine fails on takeoff, there can be no stall-spin accident. 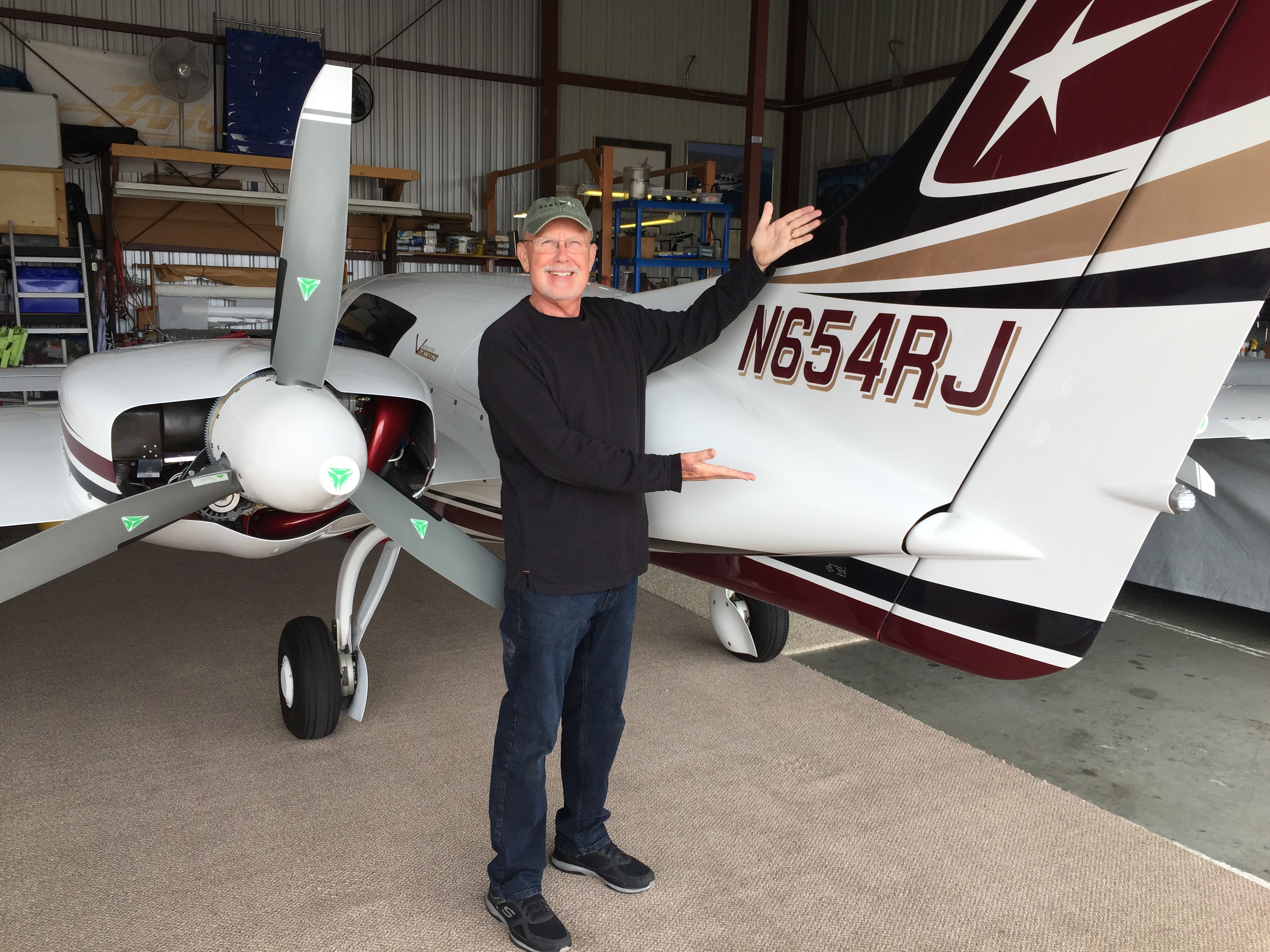 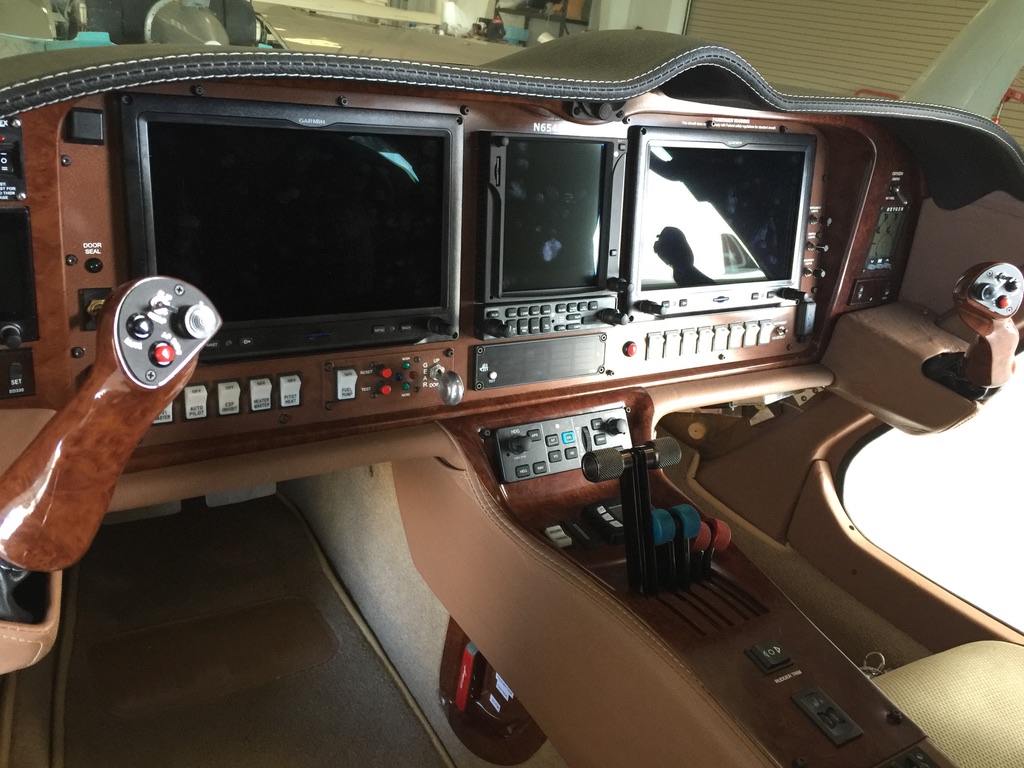 Star Bird also appears on the cover of the October 2021 edition of Kit Planes Magazine. They feature a really nice 12 page article with quite a few photos. See Star Bird for the the article. Note: they got a few things wrong – somehow lost in translation. If you note any inconsistencies, this web site is correct.

The Velocity V-Twin is an exciting concept in twin engine airplanes. It starts with the proven design of the single engine Velocity and adds a second engine and a central rudder where the single engine was formerly located. It replaces the bigger “wingtip rudders” with smaller winglets.

The result is a modern, kit-built twin that inherits the primary safety feature of a canard airplane – the main wing does not stall. Therefore, if one experiences an engine failure on takeoff, the dreaded stall-spin accident is no longer a possibility. Eliminating this big bugaboo with conventional twins sets this aircraft apart. There is no light twin like it.

Since it’s a “light” twin, it can also use the proven “Lycoming type” of 4-cylinder engines. This makes for a very efficient flying machine, paired with the tried and true design of these engines. Some even call them “bullet-proof”. While there is no such thing as a bullet-proof engine, still, this design type is one of the most robust in the industry.

So it’s a modern, speedy, kit-built twin. It’s even “affordable” by twin standards. What’s not to like?

THE USE OF THIS SITE AND ITS CONTENTS IS VOLUNTARY AND STRICTLY AT THE USERS’ RISK.

The builder is in no way responsible for any adverse consequences that might result from the use of the information, forms or material made available.  The information presented only reflects the author’s research, opinions and preferences and is not intended to endorse or be considered, in any way, a source of complete, accurate or official information.

The construction approach presented is based on the manufacturer’s manuals and sequence recommended for a Fast Build Velocity V-Twin Kit.  Any deviations and/or changes noted followed the author’s individual preferences, as the builder of his experimental aircraft.  The author recommends users to access the information and expertise from official and recognized sources before making a decision on any given issue.